Healthcare for the community by people who care 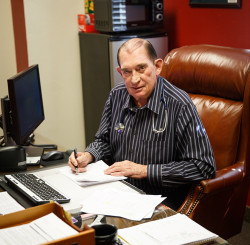 Dr. Charles C. Carter started Carter Medical Clinic back in 2005.  He has longtime ties to our region, he was born in Hollis, OK to a farming family deeply rooted in southwest Oklahoma. His dad was a share cropper and purchased land in Southwest Oklahoma,  his mother was a teacher and educator in the area.

Dr. Carter began his education at Westview School located three miles west of Hollis and completing high school at Arnett.  He was involved in sports throughout high school and graduated Valedictorian of his 1961 Class. Continuing in sports, he received a basketball scholarship to Sayre Jr. College prior to entering classes at SWOSU in Weatherford, OK. He graduated with a Bachelors of Science degree in Biochemistry and continued his studies to earn a pharmacist degree in 1967.

Dr. Carter went on to become a pharmacist, and was also farming and ranching for several years before following his brother Steve into medical school in the Dominican Republic.  After receiving his M.D. he entered a residency program in Family Medicine at the University of Arkansas. Completing that program and passing all required exams and licensing, he accepted a position practicing Family Medicine here in Altus. In 2005, Dr. Carter opened Carter Medical Clinic in Altus, and presently practices here.

He also has extensive farming and ranching interests in Harmon, Collingsworth and Childress counties in Oklahoma and Texas, in which he devotes much of his time and energy as well. 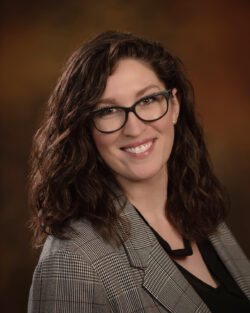 I am Frances “Beth” Barber, MSN, APRN-CNP, NP-C. I have many roles including mother to four wonderful children, wife to my junior high sweetheart, teacher, and dedicated nurse. I have bee a resident of Altus since the late 1990’s. The last ten years of my emergency nursing career has brought many challenges and accomplishments, including three emergency nursing certifications. Nursing has been life-altering in many ways. It was my dream to become a Family Nurse Practitioner, and I could not be more proud to be an alumni of Midwestern State University of Wichita Falls, Texas. I love taking care of patients and look forward to helping you meet your health goals.